November 05, 2017
A sweet little girl once told me that "God made the moon".
Boy was she right about that! God made the moon, he made us and he created all the beautiful creatures around us in our BIG planet called earth!
The kids and me were getting ready to go back inside our farmhouse this afternoon when they spotted this little guy! He is so cute!
So you know the first thing I had to do was pick him up. My daughter seemed to be most fascinated with him. 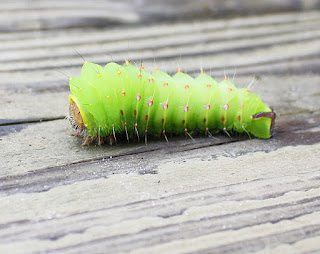 We decided to examine him a little further. At first she would not touch him. So I touched him to show her that he would not hurt her. I explained how he felt.. I made her believe that touching him would be exciting and made her want to hold him so she could experience the little creature the Lord had made. It only took less than a min and she was treating him like our pet dog!
She named him "Mr. Wormy" from the start! 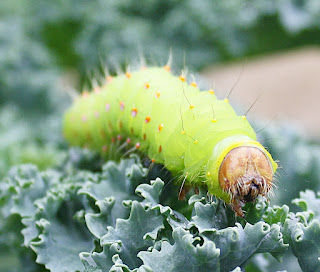 Kids love to explore new things. Encourage them to do that in all kinds of avenues of nature. This might mean that you will have to overcome your own fears of learning new things. Yes, even big green caterpillars! Don't be afraid, teaching your kids about NATURE will be one of the most exciting things that you will ever do as a parent! 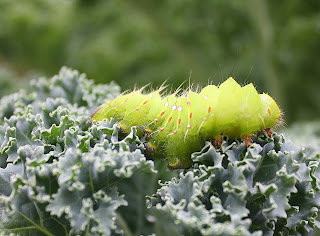 We moved him to our kale plant in our raised garden and that allowed us to take photos of him. 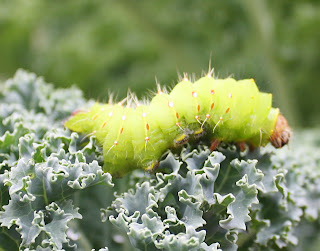 He had little sticky feet that would hold onto everything like Velcro. 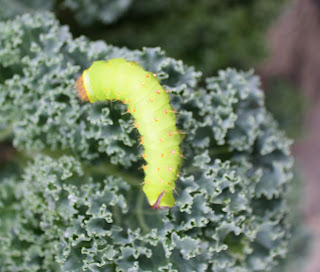 His body was smooth like a gummy bear and cool. 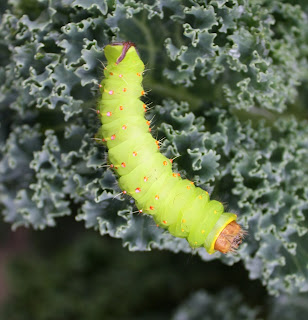 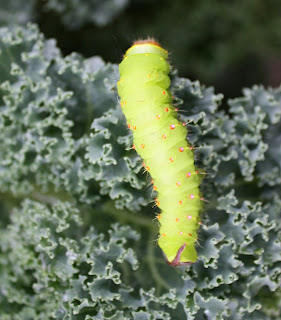 He wiggled when we tried to move him. He would curl up and then uncurl. When he walked it would look like a toy slinky. 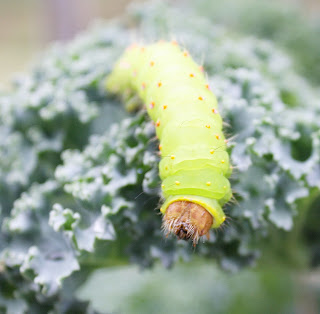 Notice his bright green body. We could see him in the garden from the house! 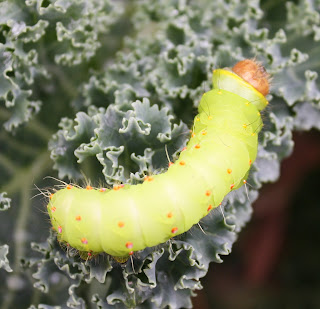 Some of the dots were red some were yellow.
She turned him upside down and we looked at his feet. 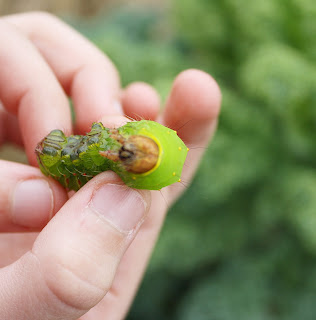 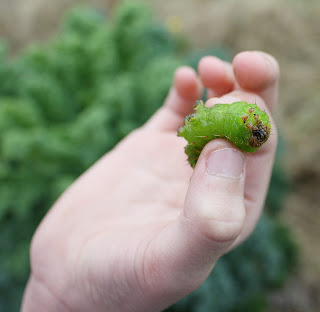 Once she got use to him she was holding him like he was any other little creature that she likes. 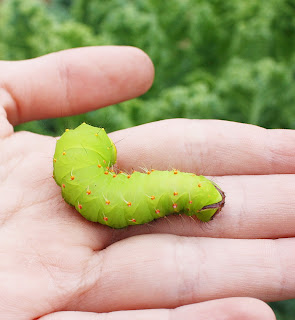 I started asking her questions about her new friend, how did he feel, what color was he, what did he look like underneath, could she tell the head from the tail....etc? 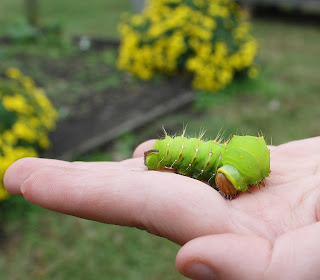 We decide to make a short video of our little fellow and let you guys share in the NATURE STUDY too!
Subscribe to ALL of our EDUCATIONAL videos on my YOU TUBE CHANNEL HERE!
Mr. "Wormy" 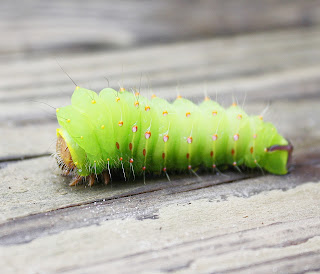 You can follow all our our adventures in home - school HERE!
FOLLOW at the top of the blog and never miss a lesson or a tutorial.
We did not get to see our caterpillar turn into a moth but you can study more on that with this LINK.

Melinda Smith
Hi, I am glad you stopped by. Go grab your yarn, a hook, your favorite beverage and let's crochet something from my imagination! You might want to grab one of my recipes and load the slow cooker while you are at it. Let's learn something new together!

WATCH ME ON YOU TUBE 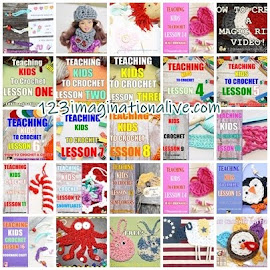 ALL LESSON IN ONE PLACE!